Rotech Labs sponsored Whittington RUFC who celebrated its 20th anniversary on the 1st April 2017 by holding a Presidents Day event in aid of the Make A Wish Foundation. The centre point of the day being an ‘Old Boys’ Vs ‘New Boys’ game. Who would be victorious the ‘Old Boys’ with their experience and tactics or the ‘New Boys’ superior fitness and drive.

We are proud to announce that Rotech staff members Ben Bayliss and Jay Woffindin of the ‘New Boys’ team battled to a 21-7 victory in a hard-fought match. Congratulations guys. 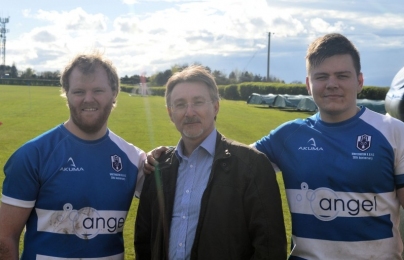