With its head office located in Vikmanshyttan, around 200km from Stockholm, CTEK AB develops and manufactures battery chargers for all types of lead acid batteries. The company’s extensive range is designed for both private and professional use with more than six million CTEK chargers supplied to customers in more than 70 countries across the world. Widely acknowledged for its innovation and technological pedigree, CTEK continues to develop unique cutting-edge battery rgersand accessories that are relied upon by many of theCapture1 world’s leading vehicle manufacturers.

Statistics show that battery failure remains the number one cause of roadside breakdown and one in every three vehicles that enters a workshop has a faulty battery. The Rotronics team believes that many of the issues that arise are totally avoidable by implementing some simple and speedy checks that can be built into everyday workshop routine inspections. The battery is frequently overlooked, yet it is one of the single most important components of the vehicle.

Barbara was keen to see for herself how CTEK is leading the market in addressing this problem and to follow up a survey, conducted by Rotronics amongst attendees at Automechanika 2017, to understand why battery maintenance is not standard practice within independent workshops.

The survey also showed that 43% of customers return to the workshop after a service to say there is a non-start problem. That is a bitter pill for the customer to swallow when they have parted with a large amount of money for a service, only to return with a bigger issue. With proactive test and charCapture2ge practices, all independent workshops could avoid customer complaints and introduce an additional revenue stream.

Just over 20% of workshops surveyed said that they either wouldn’t specifically charge a vehicle’s battery and only if they had the time to do so.

Ken Clark, Managing Director at Rotronics, says: “Considering that battery failure is the top cause of roadside breakdown, these are quite startling figures. Within the UK, the problem of poorly maintained batteries results in thousands of pounds being spent needlessly and we know that technicians can combat this with no disruption to service in the workshop.

“We know from CTEK that one in three commercial vehicles entering the workshop has a battery requiring attention – by this they mean that the battery is undercharged and therefore not providing maximum power or it is faulty and needs replacing. This alarming figure presents huge challenges to commercial workshops – battery replacements are proving costly and battery related failures waste time, resource and more importantly can affect a company’s profit and reputation.

If a workshop is repairing a vehicle, testing electrical circuits, carrying out diagnostic procedures, flash programming ECUs or programming vehicle keys, battery power is required. It’s a great irony that, if the battery is not fully charged when entering the workshop, the service could be the thing that finally kills it!”

Barbara was able to learn about the development work that goes on at CTEK and to talk to experts who were more than ready to share their vast knowledge and experience. She says, “This trip has been a real eye opener for me. It’s made me realise that many companies are quietly accepting that battery failures and replacement are part and parcel of the cost of running a fleet of vehicles. But that needn’t be the case. A proper battery management system would enable workshop engineers to monitor the condition of a battery in just a few seconds. Charging could also be scheduled as part of the regular vehicle servicing procedures. Also, non-starts and breakdowns could be eliminated and substantial costs savings would be achieved.”Capture4

A sustained battery management programme will do three key things:

Ken Clark says: “We frequently work with workshop management teams in the independent and commercial vehicle sectors to assist with warranty claims as we are aware that not all batteries deliver to their rated specification. At Rotronics we have the leading technologies to help with warranty claims, so that workshops can confidently make claims against under-performing and manufacture-defective batteries.

“Most workshops do not test batteries into stock. The figures show that there is little testing and checking that the quality is in line with the rated specification.”

It was also uncovered that a surprisingly large number of workshops, 40%, still rely on a load tester to diagnose battery condition, while conductance is the future technology.

Ken Clark concludes: “It is hard to understand why any workshop would use technology that is outdated, less reliable, and somewhat dangerous when cutting edge options are fully available to provide optimal customer service and develop additional revenue both simply and safely.” 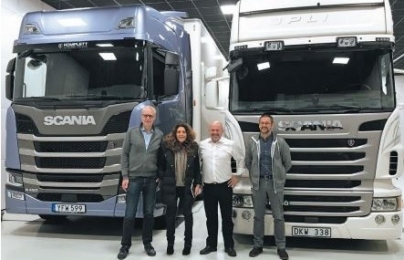 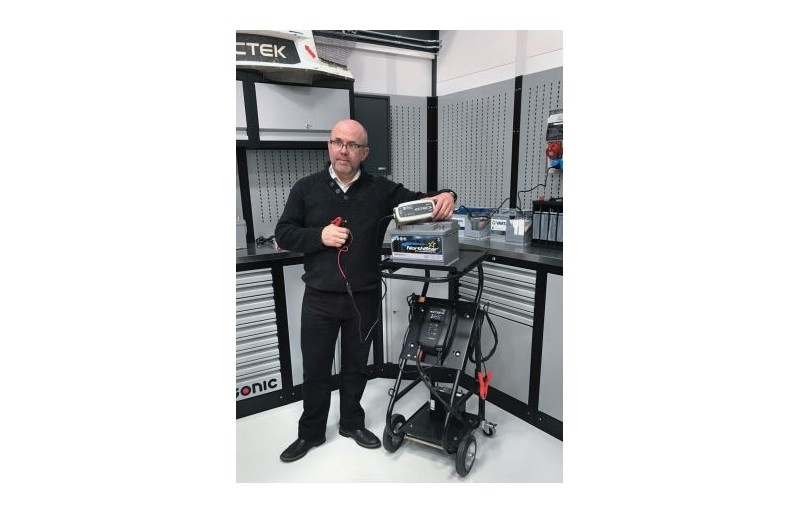 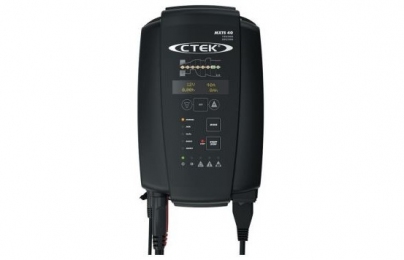